You are here: Home / Archives for SVDP News

END_OF_DOCUMENT_TOKEN_TO_BE_REPLACED

By the time the tiniest clients show up at the New Beginnings preschool in Hazard, some already are at a disadvantage.

That’s because the infants who enter at as young as six weeks of age are among the one in four Kentucky children born into poverty, a persistent and worsening problem, according to the latest Kids Count, the annual national report of the Annie E. Casey Foundation that tracks child well-being.

In Indiana, one in five children live in poverty, a 29 percent increase in five years.

END_OF_DOCUMENT_TOKEN_TO_BE_REPLACED

For instance, the adage that “a picture is worth a thousand words” is more often true than not, especially if the writing is bad. It is certainly accurate in the case of the photograph taken by Record Assistant Editor Marnie McAllister and published on the front page of last week’s edition of the paper.

The previous week, the St. Vincent de Paul Society took to social media – Facebook and Twitter – to announce that it was facing an “urgent need” for food supplies. The charity, McAllister reported, announced that its food bank shelves were “looking bare” and were almost completely devoid of vegetables.

END_OF_DOCUMENT_TOKEN_TO_BE_REPLACED

More than 90,000 individuals volunteered in Louisville’s first annual Give A Day week of service from April 14 to 22, according to a news release from the office of Mayor Greg Fischer.

“With those numbers, and a little mayoral latitude, I proclaim Louisville to be the most compassionate city in the world,” Fischer said in the release.

END_OF_DOCUMENT_TOKEN_TO_BE_REPLACED

Louisville’s Give a Day Week of Service has successful debut: 73,000 volunteer to help

Louisville’s first annual Give a Day Week of Service drew more than 73,000 volunteers who engaged in acts of caring, with both young and old credited with charitable endeavors ranging from reading to homeless children to writing letters to troops overseas.

“With those numbers, and a little mayoral latitude, I proclaim Louisville to be the most compassionate city in the world,” Mayor Greg Fischer said.

END_OF_DOCUMENT_TOKEN_TO_BE_REPLACED

HENRYVILLE, Ind. (CNS) — As one of the few buildings in town to come through intense storms March 2 nearly intact, St. Francis Xavier Church has become a natural staging area for relief efforts, community organizing and prayer.

Four days after a devastating tornado hit, volunteers and professionals used St. Xavier, the nearby Henryville Community Church and a community center as bases for people trying to put their lives back together.

The town of about 1,600 was one of several in the region to be largely destroyed by a wave of storms that created dozens of tornadoes across 11 states March 2 and 3.

At least 39 people were killed, including one in Clark County, where Henryville and nearby Marysville took direct hits. Deaths also were reported in Kentucky, Tennessee, Alabama and Ohio. Substantial damage dotted those states as well as Georgia, North Carolina, Illinois, Mississippi, Virginia and South Carolina.

Tracy Guernsey, the staff nurse at Henryville’s public school complex, was among about 40 people still in the building when the tornado hit. She told Catholic News Service in a March 5 phone interview that if classes hadn’t been dismissed early in the face of the advancing storm, the death toll in Henryville would have been dramatic.

She said she and about 15 other people emerged from her office to find the whole second floor of the school had been ripped off. Inside, the papers on her desk were undisturbed.

The tornado hit at the normal dismissal time of 3 p.m., Guernsey said. “The bus drivers were the heroes here. If they hadn’t sent the buses out early, it would’ve been a different story.”

END_OF_DOCUMENT_TOKEN_TO_BE_REPLACED

From 84WHAS, Feb. 20, 2012 LOUISVILLE, Ky.– You can help others while making a trip to the mall. Mall St. Matthews is collecting gently-used blankets, coats, hats, and gloves. The…

END_OF_DOCUMENT_TOKEN_TO_BE_REPLACED

We had talked about the importance of thrift stores for a half-hour, maybe longer. All the while, Judy McCoy listened for more than just my questions.

We had talked about the importance of thrift stores for a half-hour, maybe longer. All the while, Judy McCoy listened for more than just my questions.

She was hoping to hear a bell and had not. It rings whenever a donor pulls up. “That concerns me,” she said.

McCoy’s thrift shop, in Clarksville off Lewis and Clark Parkway near Big Lots, benefits the Society of St. Vincent dePaul.

END_OF_DOCUMENT_TOKEN_TO_BE_REPLACED 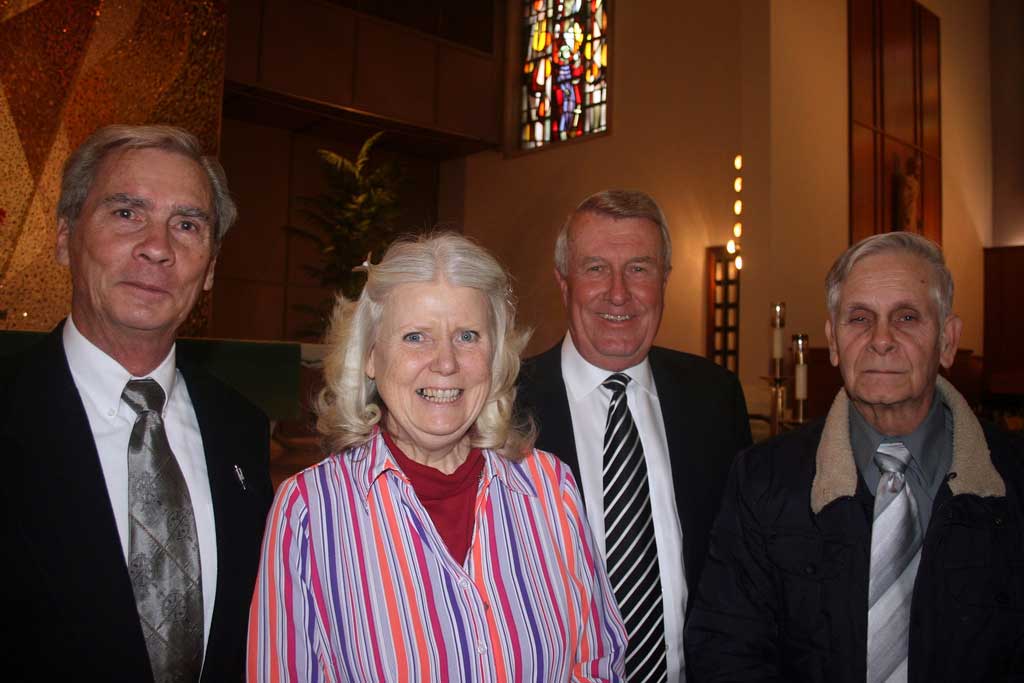 “The Vincentians receiving awards today were nominated by their peers,” Carrico said. “They are role models among us [who] clearly demonstrate through their actions, their commitment, and vocation of serving those in need.”

END_OF_DOCUMENT_TOKEN_TO_BE_REPLACED

“The stories of the daily struggles of those who come to us for help never get easier to hear or less challenging to serve,” Wnorowski said. “We are here today to say thank you for all that you have done and will continue to do because of your Vincentian spirit and hearts.”

END_OF_DOCUMENT_TOKEN_TO_BE_REPLACED

St. Vincent de Paul Louisville partners with individuals and families in crisis and helps them navigate a path to stabilize their lives and reach their full potential.